Add Multiple Hosts to vCenter and other PowerCLI snippets

Once in a while you may need to add a whole chassis of 16 blades, or even 5 chassis's to vCenter, and I'm pretty sure you don't want to do it manually 90 times....

So here it goes:

1.  Make a file, call it vcenter-hosts.txt or whatever you want, and put it in c:\temp, put all your hosts that you want to enter.  Mine looks like this:

2.  Connect via PowerCLI to your vCenter and issue this command:

You will see this:

Of course your hosts need to be resolved by the vCenter, or you will get a nice error like this:

After you add all these hosts, you may want to use Ansible to configure them all, or if you rather, you can do some stuff such as set hostname and DNS and others via command line such as below:


Another issue that may come up (especially if you use Ansible) is that you want to name all your datastores the same thing, if they are not, or you want to name them a good name, this would be the command in PowerCLI:

However you need to do this when the host is NOT in vCenter.  When you import say 16 hosts into vCenter, the first one will have its datastore called "datastore1" then the next one will be datastore1 (1) and the one after that datastore1 (2) and so on.  example:

So in order for ansible to work, when it's expecting datastore1, you need to rename the datastore to that (or just leave it if you didnt bring it into vCenter) Once you remove it from vCenter, the name remains, but then you can use the command above to change it back or change it to whatever name you want.

You will of course need to create a customization profile for this Windows Server, in which you can put all the relevant information, including a Domain membership, license key (If you're not using a KMS server) and others.

Your PowerCLI unlike Linux will look like this:(sorry for the red patches, had to remove identifying information) 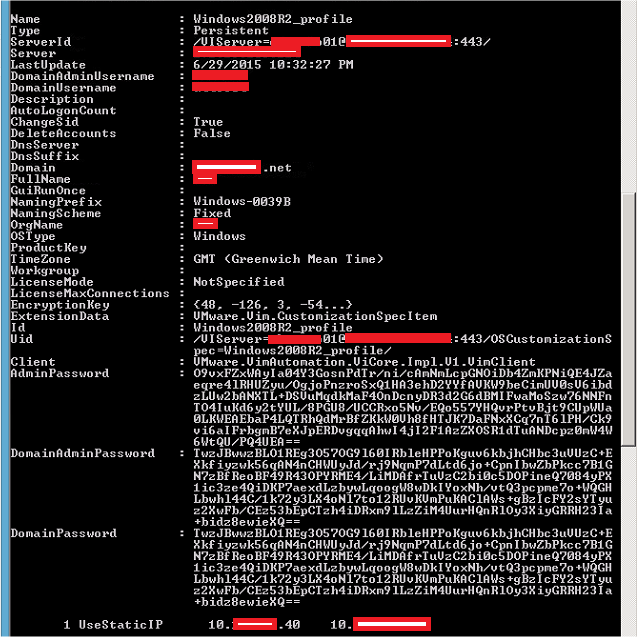 Posted by Boaz Minitzer at 5:45 PM No comments:

If you're not using vCenter, or even if you are and your hosts aren't in lockdown mode, you may want to have authentication to the local ESXi hosts done through Active Directory.

These are the steps:

Go to DNS and Routing, and put the hostname,, domain (as it shows in AD) and the IP of the DNS server that can answer for the SRV Record for the domain. 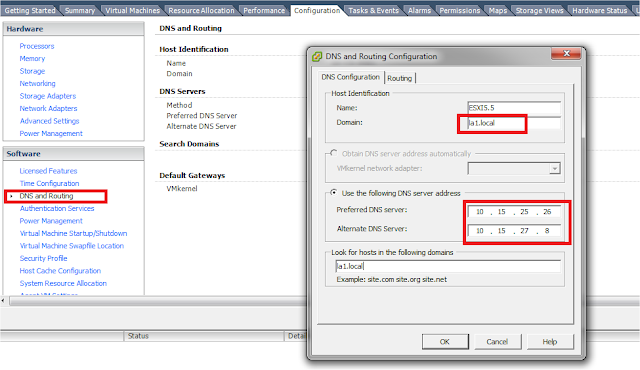 1.  Go to Configuration --> Authentication Services, and then to Properties. 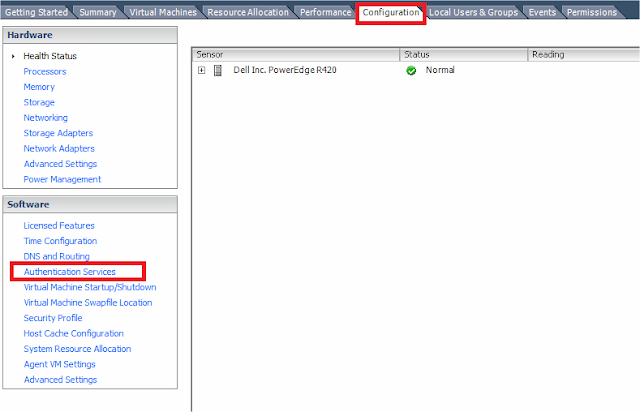 2. Choose "Active Directory" from the pull-down menu, and then put in your domain name, and click "Join Domain"  it will then prompt you to put in credentials of a user that can add computers to the domain. 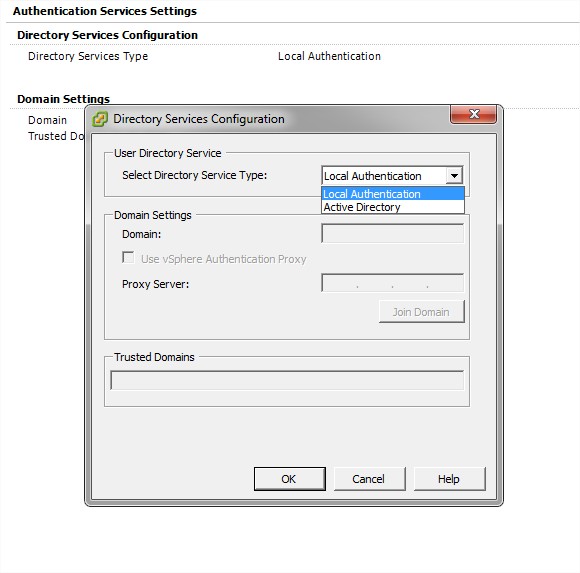 IMPORTANT:  Wait until this finishes, look for an event saying that it's "Join Windows domain" and wait for it to complete: See pic below, don't continue until this is done.

3.  Go to Configuration --> Advanced Services and to Config, and scroll down to Config.HostAgent.plugins.hostsvc.esxAdminsGroup and add an Active Directory group that you want to be Administrators on this box. 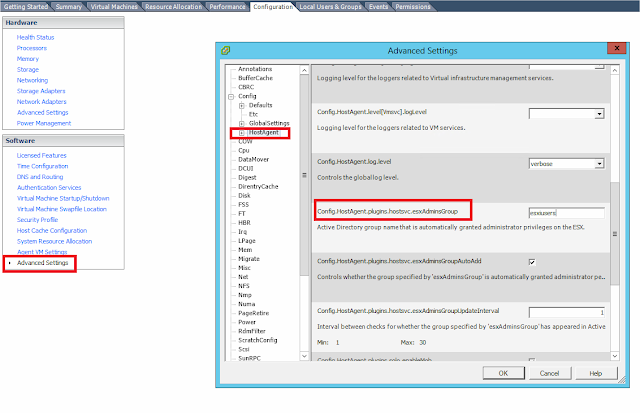 4.  SSH into the box, create a directory /var/lock/subsys, then restart the following services as such:

5.  Now you should see the domain you added when you go to add a permission, as well as any trusts if you have that configured. 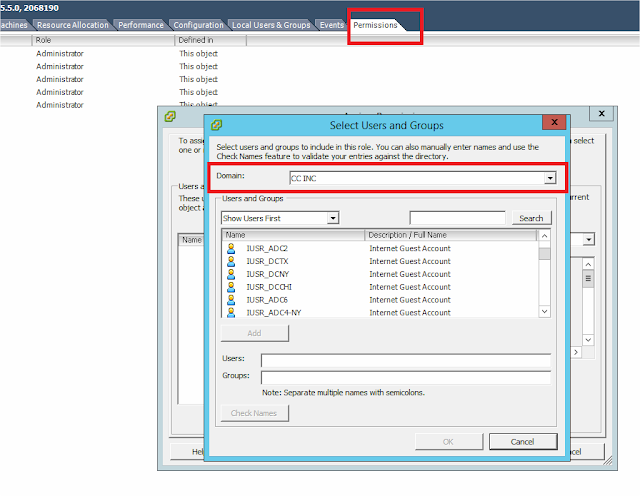 That's it.  You can now login into this ESXi with your domain\username and your AD password.
However root/password will still work, so you may want to put a different password so no one that knew root before will access the ESXi host.

Posted by Boaz Minitzer at 8:51 AM No comments:


Sometimes you don't have the password when P2V'ing or just lost password, and adding a "Single" at the end of the kernel line doesn't work, and it still gives you a screen like this:

If you press Control-D, then the system just continues boot.

This is how you get past it:

Single User Mode when asked for root password for maintenance

1. Go to the VM Console (or Physcal Server console)
2. Reboot your machine; press 'Esc' repeatedly until you get to the GRUB menu; you will get something like this: 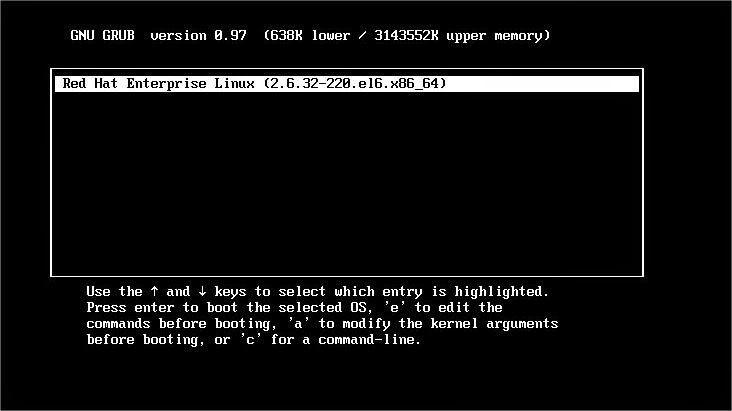 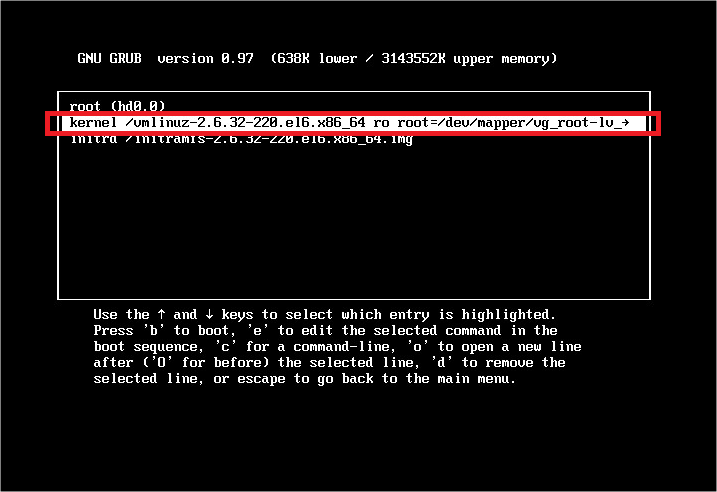 3. press 'e' to edit; Edit the line to get rid of quiet and splash; change 'ro' to 'rw'; and add 'init=/bin/bash'. The line should look something like this:

Then press "Enter" and then "B" (to boot)  then it will give you a root prompt: 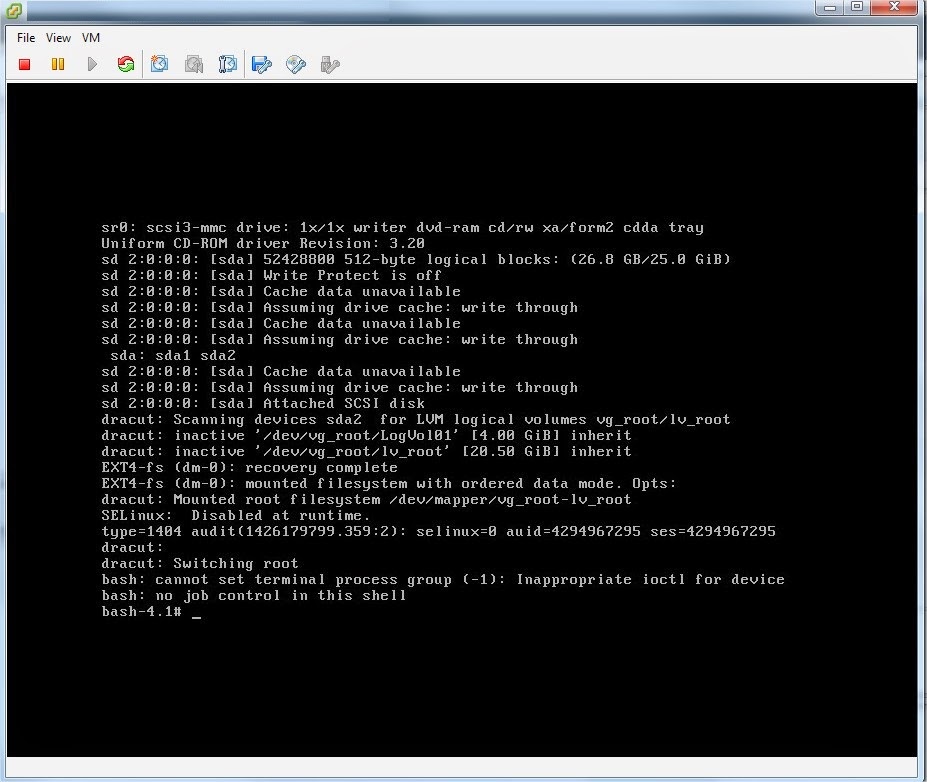 And that's it.  Of course you could also boot from a ISO file or a DVD, then mount the filesystem and change the password or whatever else you need to do, but this is quicker.

Posted by Boaz Minitzer at 10:38 AM No comments:

So you could be trying to convert a physical box that has interfaces that look like this:


Problem is, when you try to convert them using the VMware Converter, you will  get this error:

In the example here it's RedHat but the concept works on many flavors.

Due to a programming issue in the VMware converter, the converter gets confused with this dot (.) in the interface name, and bombs out.  So you need to change the interface from something like ifcfg-eth0.28 to ifcfg-vlan28

Please do this using an iDRAC or iLO or console, as more likely than not, you will lose network connectivity over an SSH session....

Now to the details, you need the configuration inside the interface look like this:


Now you need to remove the vlan that was already there, you can do it with vconfig:

and you should see the new name (vlan28) in the interface list.

You can see what vlans there are like this:

(this is after I restarted the network of course)

Posted by Boaz Minitzer at 11:55 AM No comments: